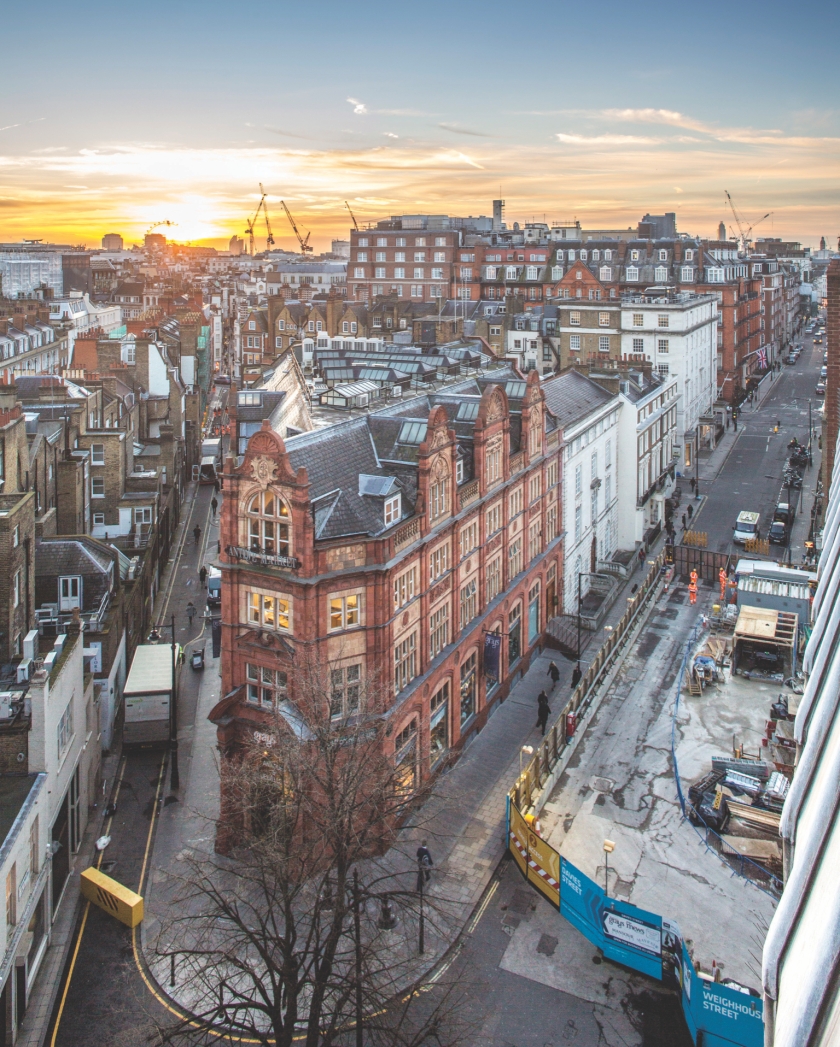 Sketch designs for the wholesale rebuilding of a two-acre triangle of Mayfair centred on the boutique shopping parade that is South Molton Street will be put on public display tomorrow (17th July 2018). The plans form  the centrepiece of the Grosvenor Estate’s £1.5bn plans to upgrade the northern parts of it’s Mayfair Estate. There have been protracted discussions with Westminster Council about the scale of the project. But it looks like agreement in principle has been reached. The brief pubic consultation has to be carried out before the plans are formally submitted. Background to the development can be found below in this story I wrote in March

The Duke of Westminster’s property company has employed celebrated architect Sir Michael Hopkins to draw up a masterplan under the code name ‘Project Osprey’ for the triangular site bounded by Brook Street, South Molton Lane and Davies Street.

“We are at the embryonic stage of masterplanning,” said a Grosvenor spokeswoman, confirming the appointment of Sir Michael’s practice, Hopkins Architects.

A source said there was “significant potential” to increase the height and density of buildings in the triangle, which lies close to the new Bond Street Crossrail station, due to open next year.

We are at the beginning of masterplanning the whole of north Mayfair,” the spokeswoman said.

Most of the buildings are Victorian and between three to five storeys high. The pedestrianised South Molton Lane is largely populated with retail. Davies Mews bisects the site and could form the core of a new high-end retail piazza, according to the source.

Opposite the site, Grosvenor is developing a six-storey, 65,000 sq ft office block at 65 Davies Street. The site includes the home of The Rifles Club, on Davies Street, opened by the 1st Duke of Westminster in 1890.

Last April, a fierce row erupted when Grosvenor informed the club that it wanted to take back the building and build a luxury hotel on the land. A club member said Grosvenor’s plan would have the current Duke’s father “turning in his grave”.

This site uses Akismet to reduce spam. Learn how your comment data is processed.

PLANET PROPERTY IS PUBLISHED BY TROUBADOR. CLICK IMAGE TO ORDER